In 2005, 20-year-old Ryan Ferguson was convicted and sentenced to 40 years in prison for a crime he did not commit, causing his father, Bill, to embark on a 10-year campaign to prove Ryan's innocence. 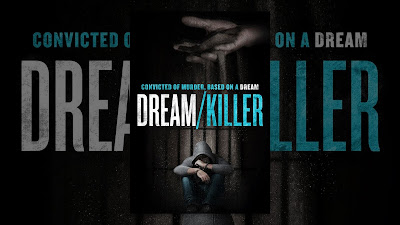 If you already bought this Blue-ray or DVD movie to watch at home, you should make sure your home has a great sound system to make your movie experience increase 1 more level.

For my idea, you should buy one of these best floor standing speakers in this list to install with your home theater to get a best experience ever with this movie. :)

Sure, you will come back to this blog and say thank you to me that can come up a great movie experience for you. :D

Good luck & enjoy with your movie.
Posted by BENched Blog at 2:51 AM 6 comments:

The independent thriller Dreamkiller had a limited theatrical run in February of this year. Now, the film is being distributed by its own production company Delaware Pictures, with a DVD release probable. This is director Catherine C. Pirotta's first time in the director's chair, so some leeway can be given. However, the film feels like amateur hour from beginning to end. Made, likely, for under $50K, Dreamkiller shows some low production values, with some interesting writing hampered by execution.

The film centrally revolves around character Nick, played by Dario Deak (Universal Soldiers), who is a neurologist in search of a cure for fear. These high ambitions are thwarted by a mentally ill woman with grief or abandonment issues. Throw in some people committing suicide through secondary routed stimuli (sub-conscious) and you have Dreamkiller rolled up in a nice bow.

Andrew Barker from Variety.com says of the feature "[it is] ambitious as it is amateurish," and this statement sums up the film nicely. This film shows noviceness from overly long shots of LA traffic, to gunshot wounds to the chest, which only keep someone down for a few minutes. As well, lines like "do not listen to that tape" are of course followed by a scene with the character listening to the tape. Other dumb behaviour involves a lead female detective who thinks sleeping with potential killers is a good career choice, while investigating this same man. Other inconsistencies abound and soon one begins to wonder why they are watching this film.

Other reviewers have chimed in on Dreamkiller and Chris Pandolfi has hopes that director Pirotta will improve "I can only hope that she will someday mature as a storyteller." As well, the amount of effort put in to the film by the cast and crew, including Pirotta, can be seen in the feature; yet, the film has far to many foibles to be entertaining. The film's only saving grace, you would think, would be the final credits, but even here the final musical selection is like listening to steel nails scratching on a chalkboard.

Dreamkiller is not recommendable for many more reasons than are listed here. However, here is one reviewer who hopes that Pirotta's next feature is a step up from this film, as, really, there is no other direction to go. There is no scheduled release date set for the DVD launch, but other details on the film can be found below.

Photography/lighting/sound: 4 (-5 points for using dubbing and ADR, -1 for uninteresting photography).
Directing/control of overall production: 5 (-2 for overuse of shaky cam', -1 for shoddy set dressing, which likely because of budget, -1 for actors unbelievable as cops, -1 for unbelievable treatment of a gunshot wound to the heart/chest).
Posted by BENched Blog at 12:12 AM No comments: